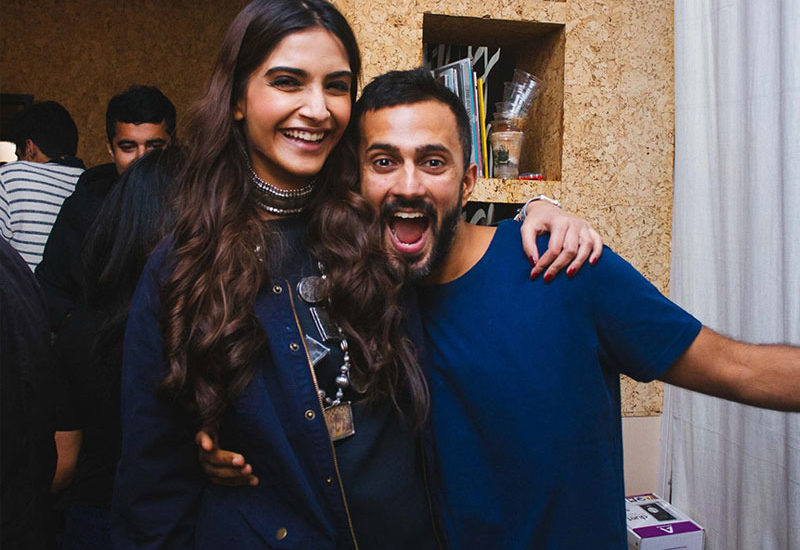 In times when materialism has taken over relationships comes the revelation from Sonam Kapoor about her planned gift for her beau. In an age and time when celebrities are gifting Porsche cars, Penthouse and cruising holidays, Sonam, a die hard romantic revealed that she is gifting a poem to Anand Ahuja. The couple are tying the knot in Mumbai on May 8.

According to an article published in Indiatoday, Sonam has been writing poems for sometime and had penned a very romantic one at the age of 16. She has preserved those words called ‘Ambition’ by her for her to-be-husband. The indiatoday reported that she made this revelation during the Simi Garewal Show and said, “I have written quite a few poems but there was this one poem that I wrote when I was around 16 years old. It is called Ambition. I had promised myself that as soon as I find the person that I’m going to be with, I’m going to give him that poem. The day I get married, the poem will be with that man and I’ll say that this is what I want my life to be like and hopefully, we can work together towards this.”

And now when the time has come for this wedding gift, the actress is not going to shy away from the same. The couple officially announced their wedding two days back after much speculation by media and guessing by fans.  Sonam, who is an acclaimed Bollywood actress is set to marry Anand Ahuja, Delhi based entrepreneur in a family wedding on May 8 in Mumbai.

To add the wedding gift fare, Harshwardhan Kapoor, Sonam’s sibling also revealed what he was going to give her. He jokingly remarked that since he gets paid very little thus he will just be giving away a lot of love to his sister. Harshwardhan is currently busy in shooting for his upcoming film Bhavesh Joshi Superhero.