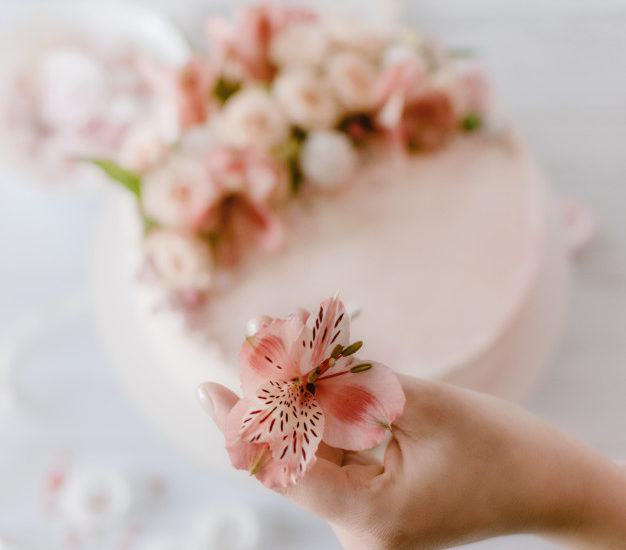 Adding flowers to the cake is a classic method of decoration. You must have observed that birthday or wedding cakes made by professional bakers often feature flowers made of buttercream on them. It is possible for even non-professionals to decorate their own cakes by buttercream flowers. In order to craft cake decorating flowers, you need to learn the technique using various tools. The buttercream recipe is also an important factor. Piping tips also called petal tips are used to create the petals of the flowers. They come in various grades identified by numbers such as 61, 104, 122, 120, 127 and so on. Special piping tips are available for making leaves. Piping bag holds the buttercream mixture and transfers it to the cake. Coupler attaches to the piping bag and is used to replace piping tips swiftly. Flower nail turns the flower around as it is crafted. The buttercream flower is crafted on a piece of parchment paper and not directly on the cake. 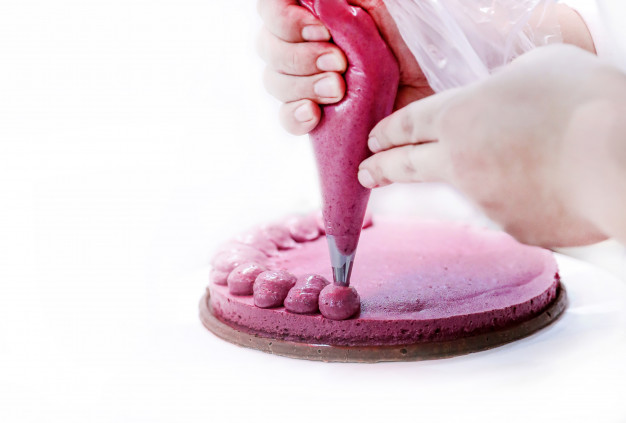 Gel based dyes are used to make coloured flowers. Two primary colours of 1 cup each must be selected for the flower and the large swirls. Two ½ cups of accent colours are also needed. A large number of shades can be created by mixing a host of colours. The piping bag is filled with coloured frosting.

Techniques to make different kinds of flowers such as roses, peonies, orchids and other flower designs differ from each other. There are many online tutorials available for crafting various types of buttercream flowers. The correct types of piping tips types must be used for different types of flowers.

The flowers must be of various sizes. Decorating the cake with flowers of varying sizes imparts a natural look to it. The leaves should be of different shades of green to provide good contrast. 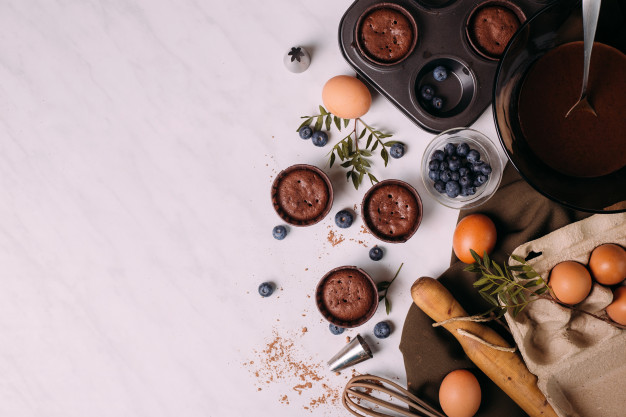 How do you Make Simple Flower Cake Decorations ?

How to Make a Chocolate Cake at Home?